Surprise Gifts are the Best! 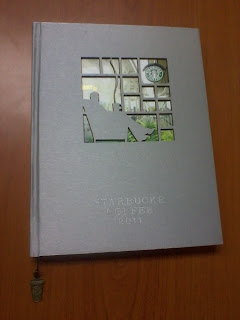 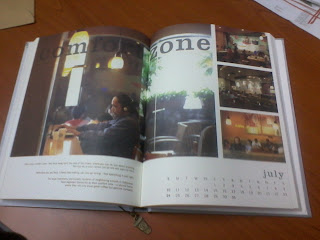 I thought I'd never have one anymore because I had to make a momentous decision last Christmas, to either save up for the CBTL Planner or the Starbucks Planner. I wanted BOTH. I already have a growing collection of Starbucks planner and I wanted one for the sake of tradition. BUT the CBTL Planner won coz it was PURPLE and they had more freebie coupons. I feel so blessed coz one day during Summer, while the administrator of our school was clearing his office, he saw me and asked if I wanted the STARBUCKS PLANNER. Of course I yelped a huge YES and a big silly smile was plastered all over my face. He knew that I was a coffee/starbucks fan which is probably why He gave it to me. The planner was untouched, still in its box, and collecting dust at his office.. the poor thing! So now its with me and I'm happy that in the end, my collection is complete! I don't care if I don't need a planner.. I'm a collector and lover of all things statio.. including notebooks and planners! LOL. So yeah, this was really an awesome surprise treat!
2. Australian Souvenirs 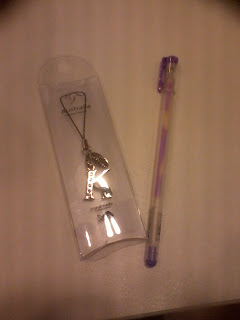 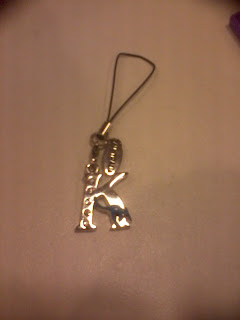 One of my friends who stayed at Australia for 3 months arrived back just a month ago. I think it was 2 weeks ago when she suddenly brought this really cute keychain and multi-colored gel pen from Austrailia as a pasalubong! It was a nice surprise and I love the cute kangaroo K keychain. Again, another gel pen to ogle at! Yay for me!
3. I scored FREE TICKETS to HILLSONG UNITED: AFTERMATH Concert at Araneta City 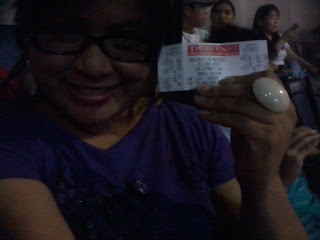 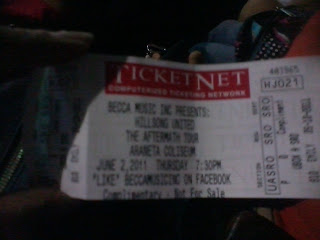 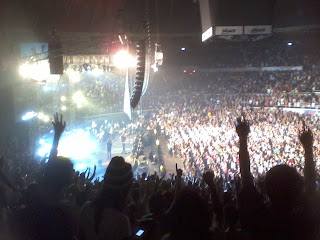 Ok so this was the best SURPRISE ever! Because I totally didn't expect this. This was last week Thursday, June 2. My friends already had tickets and were going to the concert. I honestly really didn't have any plans of going to the concert coz I had no budget for it at the time they bought tickets. But I did want to go if given the chance (just wasn't willing to shell out the money.. LOL!). So it was already nearly 6 pm and I was stuffing things back in my bag and on my way out of my workplace when I received a random call from my sister-in-law. I answered and she immediately asked me if I had read her message (no I haven't yet!) and she suddenly blurted out, "Do you want to watch the concert?" AND thats how I got my free ticket! (yes I'm omitting a lot of details here.. suffice to say it was a blessing from above! Thanks sis!) I scrambled to get to Araneta center on time for the concert. And there you have it! I was very happy because it was soooo unexpected. I LOVE SURPRISES! Especially special ones like these!

So what about you coffeeholics? What was the best surprise you've received so far? Share and comment! :)