Hey Coffeeholics, yep the second event that I went to this year is another food event - The Grand Finals of the Moulinex You Cook Video Recipe Challenge Year 2! The event was held last Saturday, January 28, 2012. It was quite a challenge for me coz I just came from a Parent-Teacher Conference that time. As a teacher mind you, not a parent noh! haha! Being a commuter (mostly by train!) and a blogger is quite challenging  I have to figure out the best routes and modes of transpo available for me to arrive at my destination on time and not get lost in the process. That's why I was quite happy to find out that the "Last Battle Cook Off" was at SM Makati! Since its connected to the MRT, it made my life easier (just like MOULINEX!).

Anyway, as I arrived and immediately signed up to register, I pleasantly bumped into Marj and Jonel, the blogger buddies that I met during the Semi Finals of this event. So glad to see familiar faces!

Here are the Finalists with their creations! Check it out! 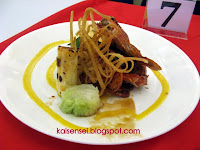 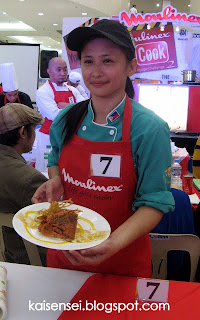 LEONELIA DE CASTRO
from MOST Institute with her CRAB dish
"Chili Crab & Saba Tower with Mango Puree"
She was the first to finish and present her dish to the judges. After she finished, I was able to chat with her for a bit and was pleasantly surprised by this humble yet very talented lady! With only a few months studying culinary arts under her belt, I really couldn't help but be impressed with her cooking abilities. 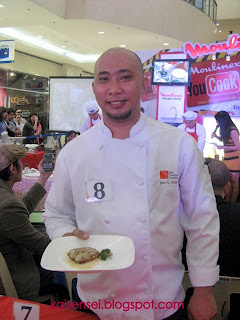 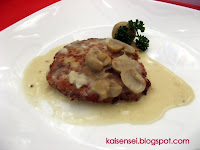 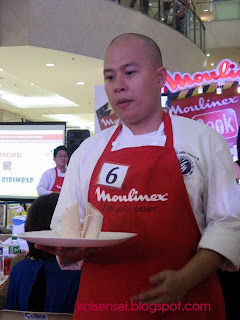 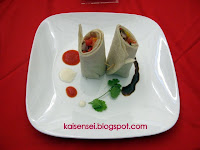 It looks like a soft taco! I wasn't able to catch its name but it's most probably Catfish Taco. 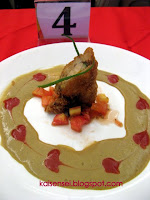 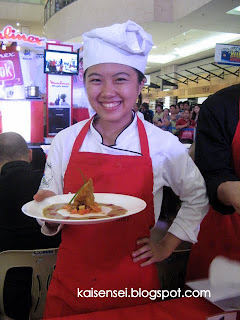 KAREN GRACE SANTIAGO
La Consalacion College-Manila
with her secret ingredient dish - Pork Liver.
The Pork Liver is in the sauce! I like how she designed it with the cute hearts. Had a small talk with this girl coz I really liked her previous work during the semi's and I ha high hopes for her as well. It was amazing to have met you! 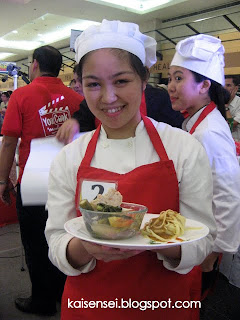 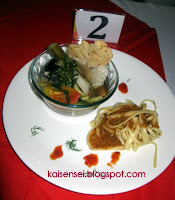 ROSANA RAMEL
MICARS
with her secret ingredient dish - Milkfish (Bangus).
She cooked the traditional Sinigang na Bangus and added a twist by having Pasta on the side. 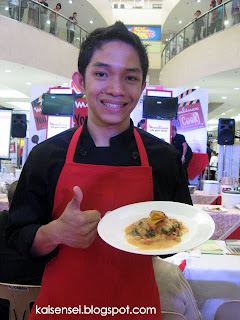 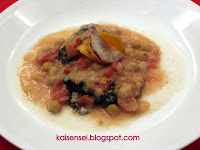 ROMEO APOSTOL JR.
His secret ingredient was originally OYSTER. But since during that time, it wasn't available in the grocery, the judges agreed to change it into Blue Marlin instead. So this was his Blue Marlin dish. 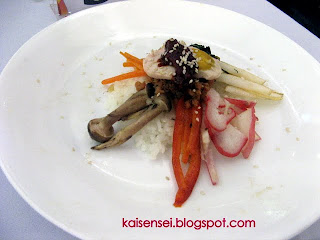 HALSON LAPUZ
First Gourmet Academy
He had shrimp as his secret ingredient that made quite an impact to the judges. 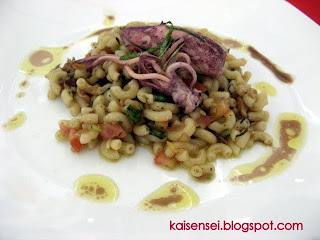 JAMES ANDRIAN BICALDO
Center for Culinary Arts - Manila
He had squid as his secret ingredient and partnered it with pasta.

All these dishes were made by each finalists and I salute them with their effort. Di ko kaya mga ginawa nila kaya saludo talaga ako! hihi! But like in any competition, there can be only ONE GRAND WINNER of the Moulinex You Cook Video Recipe Challenge Year 2! 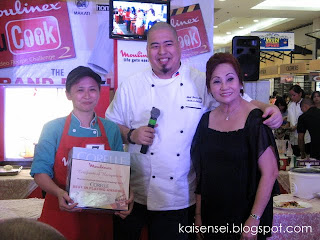 Besides the grand prize, a winner in the "BEST IN PLATING" category courtesy of CORELLE was awarded to none other than Leonelia De Castro. If you take a good look at all those dishes and you would definitely agree with me that she deserves it! 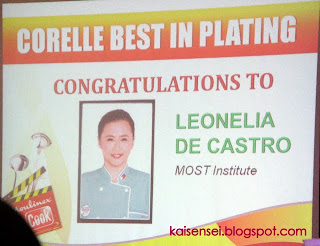 Also, Joemary Grace Balza of MICARS was acknowledged as the People's Choice Awardee! If you wanna know why, then  you should watch her video entry that is really fun and enjoyable to watch. It will definitely not bore you. I'm really pleased with this choice as well! 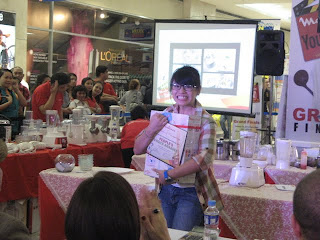 FINALLY, the runner up was chosen! 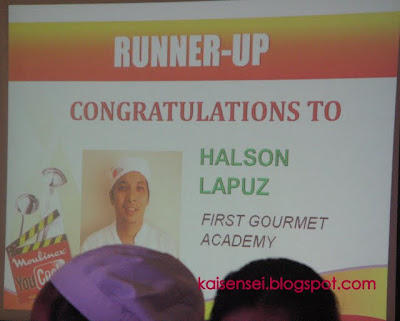 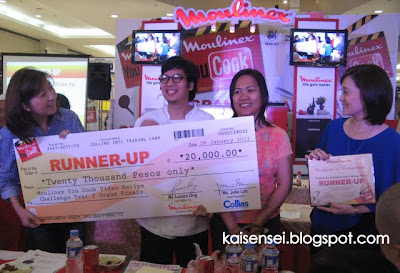 AND OF COURSE, the GRAND WINNER of this Year 2012 Moulinex You Cook Video Recipe Challenge goes to none other than Ms. Leonelia De Castro from MOST Institute! 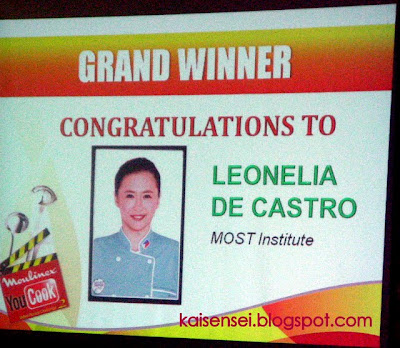 I think she is very much deserving of being the Grand Winner! Her talent and skill was very much evident. Haha. Tama ang hula ko! CONGRATULATIONS Leonelia! 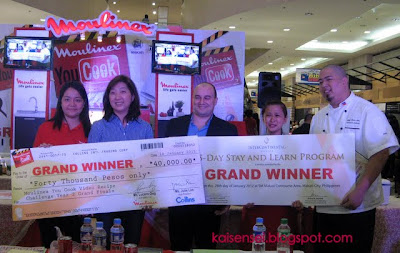 Congratulations as well to Moulinex, Hotel Intercon, and all the other sponsors who started this kind of contest and event that aims to encourage and inspire future chefs here in the Philippines!

Posted by Kaisensei at 6:14 AM