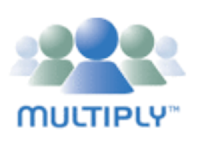 FACEBOOK has slowly taken over my net life. Seriously! My rare moments online are now being consumed by my fascination on my source of online relaxation, recreation, and socialization. The advent of social networking really has crossed over boundaries and society through leaps and bounds. Technology really grows and evolves so fast!

It was only 6-7 years ago when I opened my very first social network account while I was still in college. I was killing time during the hours in between classes. Ok so I don't kill time that often, I usually spend my "free time" either with my friends or at a library. But this was a rare semester where most of my friends had classes during my free time and well, I was fed up with the library (which was a rare occurrence being a bookworm and all!). So there I was surfing on the net huddled in my own little "space" in a dimly lit, poorly air conditioned, small room which was fitted with as many computers, tables, and chairs in what we call an internet shop/cafe. I had made my decision that I will succumb to the dictates of society.. yes, I will join the masses in their what I deemed as a "crazy fad" or the "in" thing to do which was to make a FRIENDSTER account. LOL. Yep, everyone that I knew (well most of my classmates anyway!) had or was in the process of making their own account. And being the dutiful social being that I was, I made one! And the rest is history!

It took time for the "fad" to become a normal part of our society. I knew that at that time, myspace was making waves around the world and was more widely known. But I decided that I would start with Friendster and probably branch out from there. During those times, just the fact that you have a place where you can show off your photos and message other people or friends were fine enough. Ha, I even remember the time when "comments" were called "testimonials." And like dutiful and obedient people, we really made honest to goodness testimonials about your friends--giving glowing and positive remarks about them. Then it evolved into a public inbox where people say stuff so that other people can see.

Then people wanted more "things" or "gadgets" to show off! Personalized layouts, widgets, music and video incorporated to their profiles. Myspace, Tagged, Multiply, Hi-5 (not the kid show! LOL), and eventually FACEBOOK surfaced to address the clamor, demand, and "needs" of users. And I'm just so much amazed with how things have changed and improved since that time.

The only problem now is how to STOP from visiting all these sites and maintaining all of them! I solved one of the problems by basically dropping all of the other accounts that I made and stuck to the one that served all my preferences. FACEBOOK. It has the works! It connects me to my friends, it has games that I enjoyed (I know that they started the trend which the others picked up!), and I can control my privacy and at the same time show my public photo albums. I'm pretty much sure most of you have found old old friends in one of the social network sites that you have an account with. Its one of the awesome benefits that I got because of Facebook and the like. Now I have also slowly adopted the strategy to reach out to my students using Facebook. I can get to them faster using this tool! The downside is, I find out a lot of things about them which sometimes I prefer NOT to. LOL.

Anyway, what I basically want to say is that I'm grateful for technology and the evolution of how people can communicate faster than before. And with this gratefulness also comes the awareness of the possible dangers people face while using networks such as this. So my advice is enjoy it but at the same time keep your eyes wide open and make sure that you know what you are doing before you post, say, or do something that you will later on regret or cause you trouble.

Yup I totally agree with you. I've been trying my best to educate my students about that. Its a tough job and sometimes I sound like a broken record. But somebody has got to do it! LOL. :)